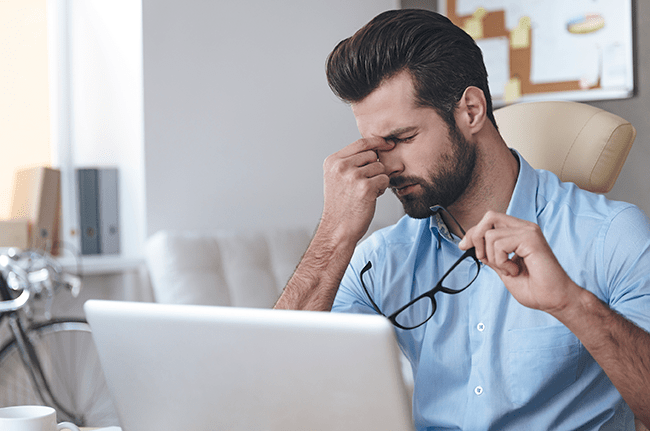 BUSINESS EMAIL COMPROMISE ATTACKS AND
HOW TO PROTECT YOUR BUSINESS!

Get your ebook now by clicking here!

In previous articles we have provided guidance on how organisations can protect themselves from ransomware and make sure they are prepared should they be hit by ransomware. Ransomware attacks are a successful and highly profitable criminal business model and, as we predicted in early 2017, ransomware attacks have continued to proliferate.

Ransomware is a popular attack method because, unlike most forms of crime, it generates direct revenue for the criminal; there’s no need for complex money laundering or ‘cashing out’. In this article we explore, Business Email Compromise (BEC) attacks, another direct revenue scam that, for many of the same reasons, has been increasingly used by criminals.

BEC attacks are a growing threat to businesses; recent research found that, in the second half of 2017, 96% of organisations were targeted by BEC attacks. Victims can suffer substantial losses; the U.S. Federal Bureau of Investigation (FBI) Internet Crime Report 2017, reported that the BEC and Email Account Compromise (EAC) threat accounted for an adjusted loss of over $675 million last year.

Indeed, losses may in fact be much higher, as this figure is based only on the 15,690 BEC/EAC victims who filed a complaint with the FBI’s Internet Crime Complaint Center (IC3). 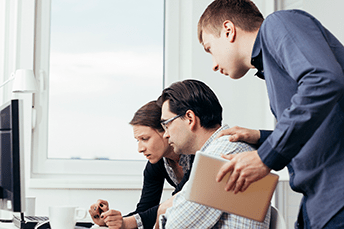 Nor is this threat restricted to the U.S. The UK National Cyber Security Centre and National Crime Agency’s recent ‘The Cyber Threat to UK Businesses’ report states that “BEC scams are a serious threat to organisations of all sizes and across all sectors, including non-profit organisations and government. It represents one of the fastest growing, lowest cost, highest return cybercrime operations”.

The report also highlights that BEC attacks can result in significant losses for the targeted businesses; Dublin Zoo was one such victim losing nearly $600,000 as a result.  Agari recently reported that Google and Facebook lost a combined $100M to BEC attacks to fraudsters impersonating a supplier, while MacEwan University in Canada were defrauded of $11.8M when attackers impersonated a vendor.

As you can see, BEC is a business threat that you need to understand and be able to protect your organisation against.  In this article we will explore:

What is a Business Email Compromise Attack?

Okay, so what exactly is a BEC attack?  Simply put, it is social engineering, primarily via email.  More formally it is known as cyber-enabled financial fraud.  BEC attacks involve fraud and deception, usually targeting employees with access to company finance processes, who are duped into transferring funds to bank accounts that they think are legitimate but which instead are accounts controlled by the criminal.

A number of specific methods and techniques have been identified:

1. The bogus invoice scheme (AKA the invoice modification scheme)

Often targets a business by leveraging their relationship with a longstanding and therefore trusted supplier. The business receives what appears to be a legitimate request, via email, fax or telephone call, to change the payment destination for the supplier. Invoice payments are made to what turns out to be a fraudulent account in the control of the criminals. 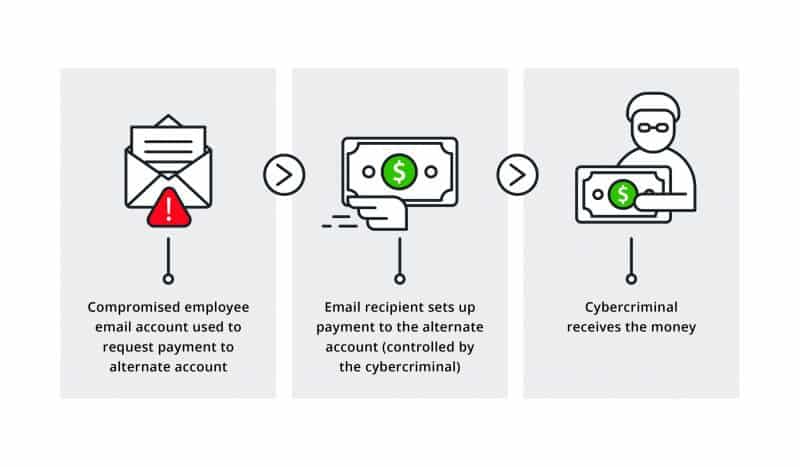 As IC3 notes in a Public Service Announcement, “this type of attack is more common with smaller businesses or companies with a small client base” as these businesses are more likely to manage their billing via email.

This attack involves the cybercriminal masquerading as the CEO, CFO or other senior executive.  Their email account is compromised or spoofed and an email sent from the executive’s email address to an employee able to process wire (bank) transfers, instructing them to send funds to an account controlled by the cybercriminal. 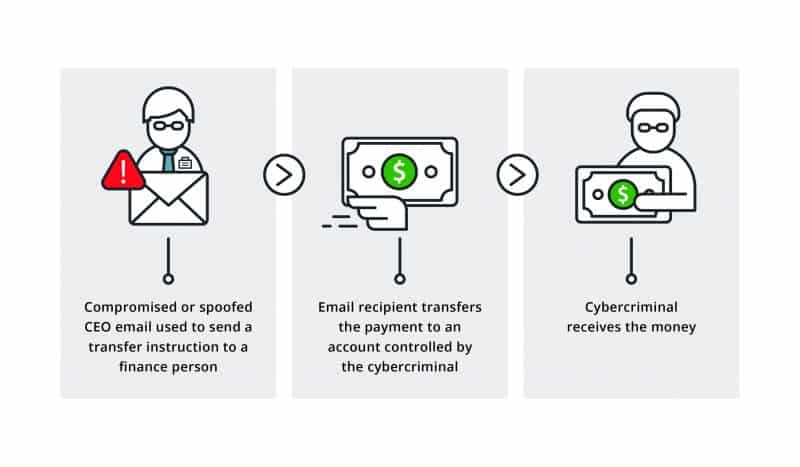 Often these emails are expressed as an emergency, that the transfer is urgently needed and highlighting the consequences of delaying; all to discourage the employee from pausing to verify the request or seek authorisation.

This is another impersonation attack that relies on the inherent helpfulness of people, especially when faced with an apparently urgent request. In this case, the criminals claim to be a lawyer or representative of a law firm handling a matter that is time sensitive or confidential. Victims are encouraged to act in secret, sending funds without mentioning it to anyone else.

Attacks often take place at the end of the working day or week, creating further pressure on the victim to act quickly to transfer funds as the fraudster’s request. 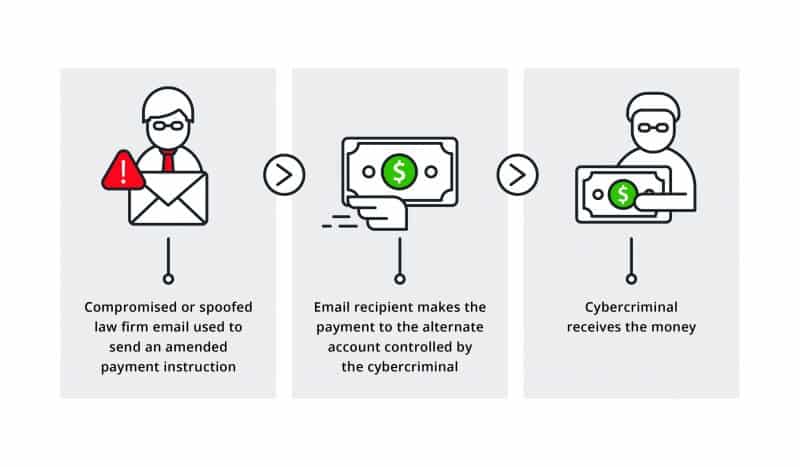 IC3 identified a particular variation of this attack during 2017. Scammers targeted the parties involved in real estate transactions, including buyers, sellers, agents, and lawyers. In these examples, the fraudulent request seeks to change the payment type (such as from cheque to electronic transfer) or the account to be paid.

A New York State Supreme Court judge was reported as having lost over $1M of closing costs for an apartment when attackers impersonated her lawyer.

Of the attacks discussed, this is the only one that doesn’t directly seek monetary gain. Instead it follows the same approach as the CEO Fraud leveraging social engineering techniques to target specific employees (such as HR or other roles with access to personally identifiable information (PII)) requesting that they send the PII of other employees.

This attack can often be the precursor to the other attacks noted above, seeking information that may help them better impersonate a legitimate email request or to compromise a target email account.

There are a number of ways that the cybercriminal can deceive the victim into thinking that the email request they have received is legitimate. The simplest approach is sending the email with a display name similar to that of the party they are impersonating. People often rely only on the display name (rather than the underlying email address) when checking the identity of the sender.

The cybercriminals may also use email domain spoofing – that is forging an email from a legitimate sender email domain – or take it one step further by registering a new domain name that is a ‘look-alike’ for the sending domain they are attempting to impersonate, such as “@your-bank.online” as opposed to “@your-bank.com”.

This can significantly increase the attack’s success especially as this new domain is completely under the cybercriminal’s control so they can tailor everything from the email account, the display name, format and content to closely match what the targeted individual’s expect.

With its potential to be highly lucrative, the one thing the criminals give plenty of time to is ‘preparation and intensive research’ – after all they want to ensure that they are believable to the target victim.

So, the first thing that they will set about doing is trying to figure out which employee that they should impersonate to maximise success (for illustration we will use the CFO but it could equally be the trusted supplier). 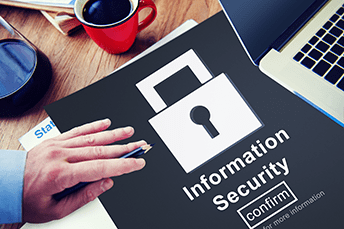 The attacker will deploy multiple social engineering techniques to learn as much as they can about the CFO which could include calling the company to try and attain his/her email address if they can’t find it online, using information on personal and business social media sites such as Facebook and LinkedIn and carrying out extensive research about their interests etc.

The Data Theft method described above may also be deployed. This information will all help the attacker either to compromise the CFO’s email account and/or to better impersonate the CFO.

Going after a less senior member of staff

In addition to leveraging most people’s inherent friendliness and desire to help others, especially when the request is perceived to be urgent, the cybercriminals will also target more junior members of staff who may be more likely to fear doing the wrong thing or upsetting a more senior member of staff such as the CFO.

Now that we have illustrated the types and techniques of BEC attacks, it’s time to look at some ‘preventative actions’.

Train staff on what to look out for and how to recognise attacks:

Make sure all parties are aware of and adhere to ordering, invoicing and payments processes: 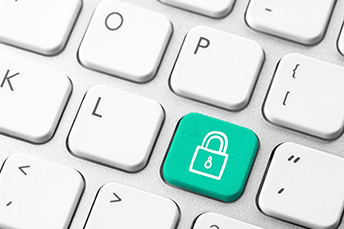 Develop and adhere to robust processes:

Limit the risk of one staff member making an error:

Double check before sending any monies:

Use the capabilities of email security systems to enhance staff awareness and help them spot potential attacks:

Take steps to address the risk of single factor authentication for corporate webmail:

Be Prepared to take action

Periodically test both awareness and readiness:

Inform and report: it’s important to take action as soon as the attack and fraudulent transfer is identified:

As we said earlier in this article, BEC attacks are reliant on social engineering. Therefore, to avoid becoming another victim;

No time to read?

In this eBook, we cover the following topics;

What is a business email compromise attack?

Tactics that cybercriminals are using to deploy these attacks. 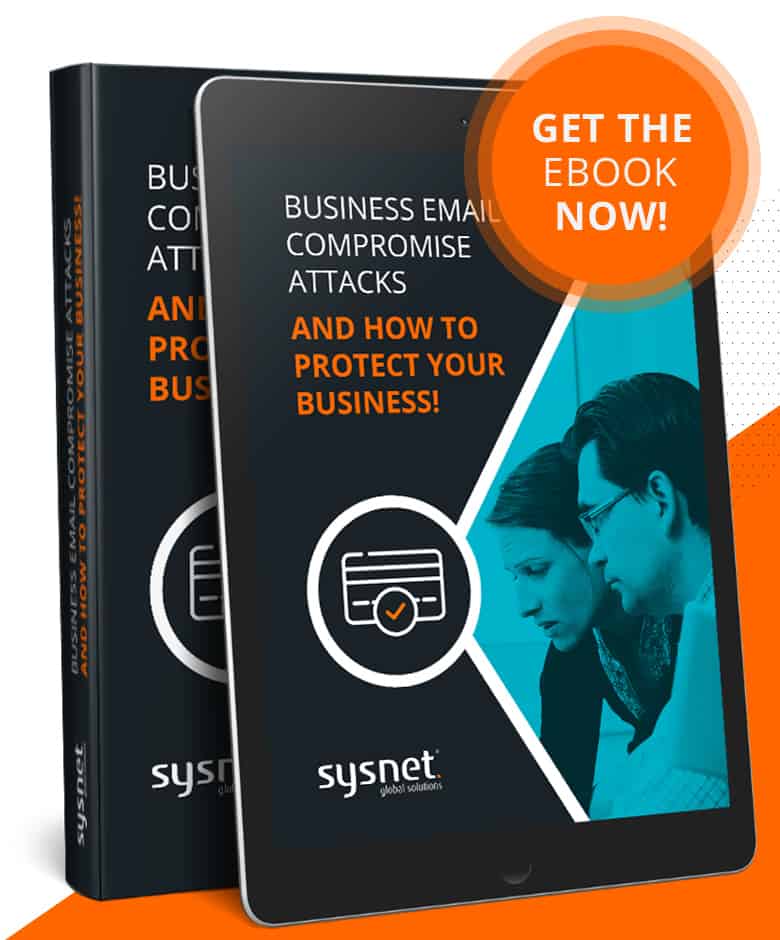